you don’t mess with mickey mouse

If you live in Florida, you can never utter a bad word about Disney. Because Mickey Mouse is a god here. He’s like a mob boss but more chipper. And the people who live in this state take Disney very very seriously. 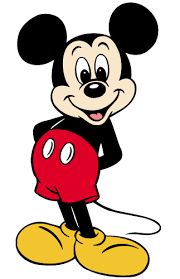 I don’t know any of those things.

Neither does my mother apparently because she texted me the other day, “Is Magic Kingdom for kids?” She was not joking.

Of course, I really shouldn’t be criticizing anyone because I pronounced Epcot as “Ep-ee-cot” way past my childhood. Okay, until last year.

Disney experts will take pity on you and attempt to school you in the ways of Disney. But they will get frustrated and let out a deep sigh when they are sketching a detailed map of all the best spots to meet Elsa and Anna and you interrupt by asking, “Which park serves alcohol again? That’s the one I want to go to.”

If you want to further infuriate them, ask, “Is Space Mountain a ride for toddlers?”

These experts will realize you will never learn the ways of Disney and are destined to miss all the good stuff and wait in the longest lines possible.

It really doesn’t matter what we do at Disney because my children LOVE everything about the place. You can instantly make a child happy by saying, “We’re going to Disney!” And instantly make them sad by saying, “That’s it kids. We’ve been at this park for 18 hours. Your dad fell asleep in the stroller two hours ago. It’s time to wrap it up.”

We are going to Disney this weekend for a mini family reunion to celebrate my aunt’s birthday. I’m sure we will fast pass the wrong rides and park in the wrong place and wait in terrible lines.

But it will be awesome and my children will love it. Because Mickey Mouse is king.

8 Responses to you don’t mess with mickey mouse

if you see my husband in cuba, tell him to come home soon!