the not so glamorous side of the city

I really skeeved some of you out with that picture of my girls on the pay phones. Honestly, I never thought about how many germs might be on those receivers.

Look, I never said I was the smartest mum out there.

Although, I did make Dylan stop sucking on the Starbucks’ counter the other day after the barista was nice enough to point it out to me. So I get a bit of street cred for that, right?

Those germ infested pay phones don’t bother me much, but I’ve had major angst over fresh mouse droppings in my apartment.

After the last mouse sighting, I thought we had sealed every hole and crevice in the joint. Apparently not. So I’ve been ranting and hollering at my super to DO SOMETHING which is all so pointless because he doesn’t actually view mice in my apartment as a real, pressing problem that needs to be addressed.

In his words, “I’ve never seen someone so mouse sensitive. It my house in Maine, mice are all over the place.”

But now I feel downright silly for being such a vermin wimp because Jennifer H has to worry about this.

Yes, mountain lions. So I’m going to shut up about the damn mice.

Mouse and mountain lions aside… it’s movie making season in New York City. This week, Uma Thurman and her crew were using my local playground as a backdrop for a scene in Thurman’s new movie, “Motherhood.”

They hired a bunch of clean, well groomed kids, who don’t use gross public pay phones or suck on counters, to play on the playground equipment while they shot their scene. This guy in the green… 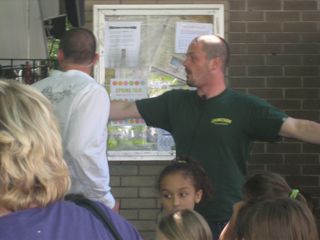 had the job of keeping all the kids in line. He would shout out to all the child actors, “Ok, quiet down guys. We’re rolling.” You see they wanted the kids to play. Just not TOO loudly.

And then once in a while, a very committed stage mom would scream out to her uncooperative child, “GET BACK ON THE SLIDE RIGHT NOW AND PLAY! I SAID NOW!” And the poor, tired offspring would trudge back to the slide. Show business is a biatch, kid.

Here is a shot (not taken by me) of Uma in character.

Ouch. Not so glamorous, right? Listen Uma, if I was some BIG, FANCY Hollywood leading lady like yourself, I would refuse all parts that made me look even the least bit unattractive.

Like I just wouldn’t do the Charlize Theron in “Monster” thing.

Critical acclaim and an Oscar? Yeah, so not worth it.

If you just haven’t had enough, check out my piece, Playground Wars, on NYC Moms Blog. 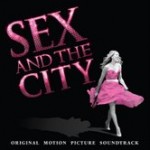 And last chance to enter our “Sex and the City” giveaway!

Just leave a comment on the mama bird diaries telling me if you are more like a Carrie, a Miranda, a Samantha or a Charlotte and you are entered to win the soundtrack and a $25 Fandango movie ticket gift certificate.

30 Responses to the not so glamorous side of the city 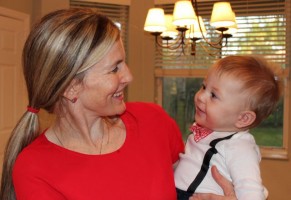 Rick, the girls and I hit the Jersey shore this past weekend. The 2 1/2 hour drive took a leisurely...