the debate over leggings

That means it’s time for another round of… I’m Right. You’re Wrong (an idea stolen from my talented friend Marinka).

Disagreement: Should a 5 and 7-year-old be able to wear just leggings and a t-shirt to school? Or should their mom require the girls to put on a skirt/dress over the leggings?

(To keep things completely fair, I won’t tell you who represents each position.)

Position One: Of course it’s okay to wear just a shirt and leggings. EVERY GIRL AT SCHOOL DOES THIS.  Seriously. Everyone. And skirts are so annoying. And itchy. And we hate running around with skirts on. And we are going to be so mad if you don’t let us. Because that would be so unfair. SO UNFAIR. So PLEASE let us. PLEASE let us. We will be so good if you let us. And so mad if you don’t. You just have to let us.We love leggings. It’s like wearing pajamas at school. They are so comfortable. PLEASE. And also, we want a pet rabbit.

Position Two: I don’t know about this leggings thing. It’s a slippery slope. If I say yes, then you are going to come downstairs with leggings and a toddler pajama top and call it an outfit. And that’s just not appropriate for preschool or first grade. What’s wrong with a nice skirt? Or dress? You can still wearing the leggings. Just under something else. And we’re still thinking about the rabbit.

So who’s right? Is leggings and a top now a school appropriate outfit? 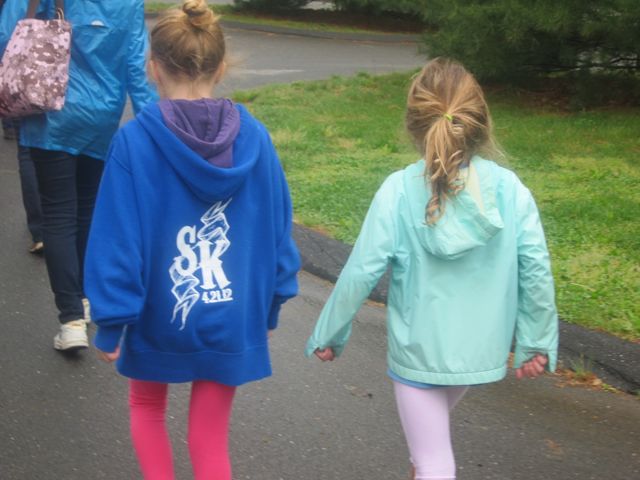 70 Responses to the debate over leggings

On Sunday morning, I was awaiting a photographer from The New York Post. I had recently been interviewed for an...